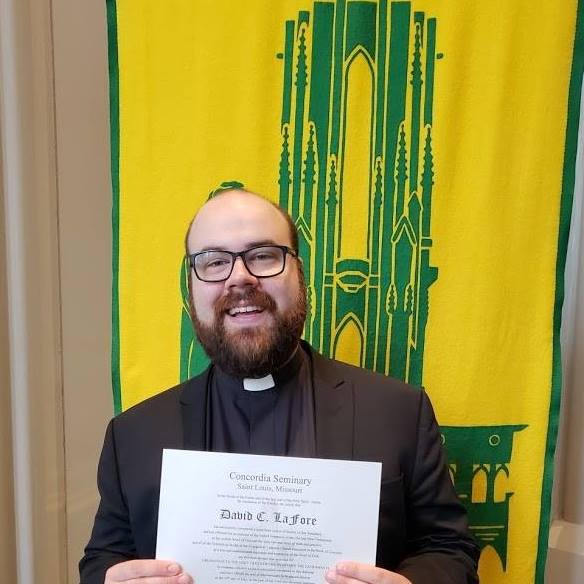 Pastor David LaFore grew up in Auburn Washington, where he loved to spend time in the great outdoors all over the Pacific Northwest. From here he went to college in Portland Oregon, at Concordia University, where he received a interdisciplinary degree in theology and music. While in college he spent his summers working as a camp counselor at Lutherwood Oregon, about 40 minutes northwest of Eugene. David spent a total of 7 summers working at camp (one of those summers at Camp Dixie in Elberta Alabama), where he did everything from being a cabin counselor to being the summer program director. Thanks to camp David was able to meet a lot of people in the faith, and face a lot of challenges alongside them. Starting in 2013 he attended Concordia Seminary in St. Louis Missouri. David spent those years being formed into a pastor and making life long friends and colleagues. During that time David spent a yearlong internship in Minot North Dakota where he learned how to do church work first hand, and not to take our balmy northwest summers for granted! He was ordained and installed in July of 2018, and has been serving his first call here at Trinity in Mt. Angel. He is learning to rely on God more and more each day in the ministry, and hopes to share the Gospel and the Word with people in his community.